Exploring the marine resources of Tonga

In May of 2017, a team of international and national marine researchers joined together on board the Yacht Plan b, through the Waitt Institute, to survey the near-shore marine habitats of Ha’apai and Vava’u for the Vava’u Ocean Initiative. 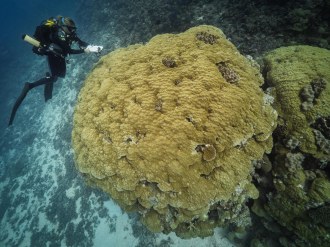 Coral reef habitats and marine species are threatened by a myriad of impacts including over fishing, pollution, natural and invasive predators and climate change. Programs such as SMAs and MPAs are a management practice to conserve biodiversity and increase marine resources to support sustainable livelihoods and economic development.

Other practices to support sustainable and healthy oceans are:

One response to “Exploring the marine resources of Tonga”