Tonga’s exclusive economic zone (or EEZ) covers an area of 700,000km2 and supports a wide range of habitats and biodiversity. From deep hydro-thermal vents and the Tonga Trench to the shallow habitats of coral reefs, seagrass and inter-tidal beds, our ocean habitats are critical to subsistence and commercial activities.

Here in Vava’u, 39 communities consisting of 13,740 (Census 2016) people rely heavily upon our oceans, yet our oceans and biodiversity are severely threatened. Balancing community needs, biodiversity and climate resilience are what drives us forward for our programs.

Threats to the Ocean: 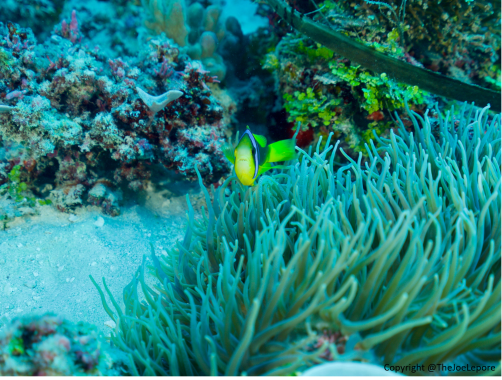 Mangrove forests serve as a nursery for many of the coral reef fish. These fish grow up in the safety of the mangroves before moving to the seagrass meadows to mature and then finally, to the coral reefs. With smaller mangrove forests, fish populations are dwindling, causing harm to both the coral reefs and to those whose livelihoods are supported by these fish.

Regrettably, much of the mangrove forests in Vava’u have been cut down for medicinal and commercial uses. Mangroves are used in Tongan culture for the making of Tapa mats. They are also currently being used in the Beche-de-Mer Sea Cucumber harvesting process and for harvesting wood for boats and houses. Without creating awareness within the community and working to replant theses mangrove forests, the coral reefs will continue to die.

The thick and sturdy roots of the mangrove trees protect against erosion by trapping sediments within their roots and stabilizing the coast line. By holding the sediment, they also protect the coral reefs and seagrass from being smothered. 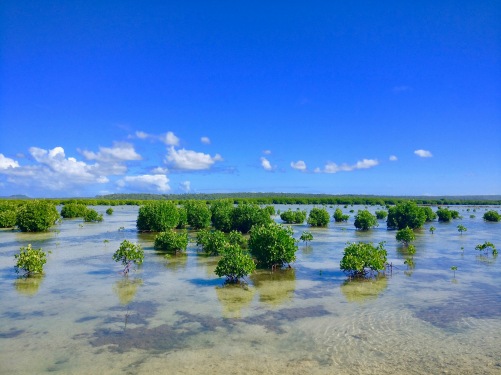 The Crown-of-thorns starfish is a predator to coral reefs. On healthy reefs, the starfish plays an important role of controlling the populations of the faster growing corals. However, once an outbreak of these starfish occurs, coral reefs are decimated. According to research by the Australian Institute of Marine Science, Crown-of-thorns starfish are responsible for almost half of the decline in coral cover.

As the temperature of the ocean rises, the warmer temperatures cause the coral to release the algae, know as zooxanthellae, that lives within their tissues. This causes the coral to turn completely white. Without the algae, the coral reefs will slowly die as they are dependent on the algae’s production of carbohydrates through photosynthesis. As the increase in ocean temperature is one of the many effects of climate change, reducing each persons carbon footprint is the first step towards a solution.

Over fishing is another growing concern in Tonga. Unsustainable fishing practices, especially the fishing of undersized fish, has caused many fish populations to dwindle. Catching non-mature fish means that each fish has had less time to reproduce, thus increasing the impact of each fish being caught on the entire population.

Another concern is the over fishing of predator fish such as snappers, groupers and emperor fish. These fish play the important role of eating many of the smaller animals that commonly feed of the coral reefs. However, as their populations diminish through over fishing, the populations of smaller animals feeding on the coral reefs swell, causing undue stress on the reefs.